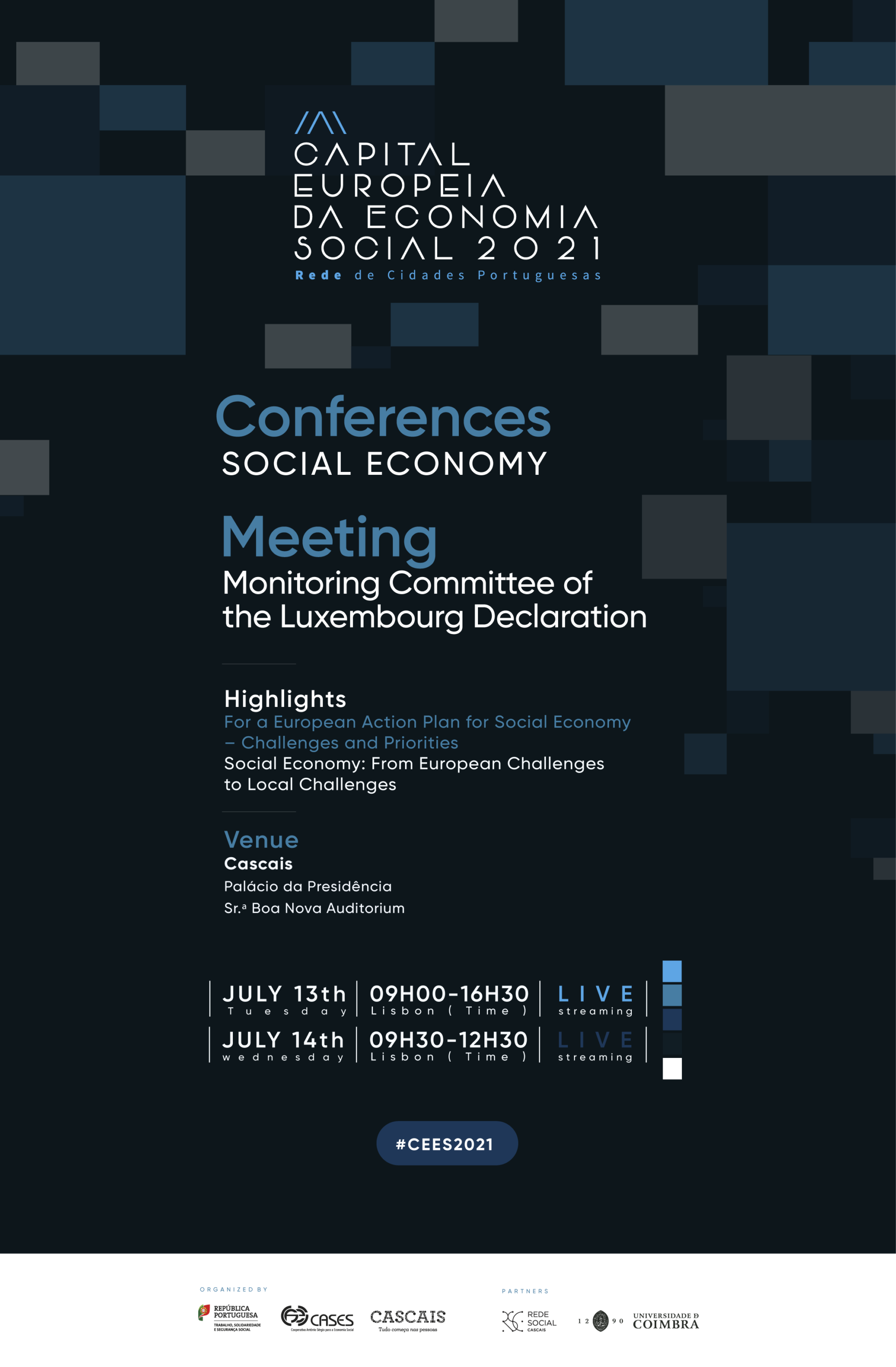 The Monitoring Committee of the Luxembourg Declaration Meeting is a High Level event, part of a series of Conferences on Social Economy, hosted by the Municipality of Cascais, on 13 and 14 July 2021, and which constitutes one of the five anchor events of the European Capital of the Social Economy.

The event will be divided into two distinct parts. The first block consists of a set of four lectures on social economy that will take place at the Presidential Palace, in the morning of July 13th. It will be restricted to some guests in person and transmitted via streaming through the digital media of CASES and CM Cascais. These conferences will be followed by the Meeting of the Monitoring Committee of the Luxembourg Declaration, restricted to representatives of Member States and guests. The second block will take place at the Mrs. da Boa Nova Auditorium, in a face-to-face format open to the public, but also with streaming broadcasting, in the afternoon of the 13th and in the morning of the 14th of July.

The aim of this event is to contribute to the debate on social economy policies at local, national and European level, with special emphasis on the Action Plan for the Social Economy and the Green and Digital challenges. Another objective is to expand and consolidate the participation of Member States in the Monitoring Committee of the Luxembourg Declaration, supporting the Cascais Declaration – For a European Action Plan for the Social Economy promoting the role of the social economy in the European Pillar of Social Rights

The Social Economy also illustrates and defends the values ​​on which the European Union is based, contributing to the construction and consolidation of the European Pillar of Social Rights, as reaffirmed at the Porto Summit held in May.

We also recall that the Portuguese Presidency promoted a High Level conference on “The role of the Social Economy in job creation and in the implementation of the European Pillar of Social Rights”, with the Economic and Social Committee having prepared an Opinion on the same topic. The Committee of the Regions is also preparing an opinion on the European Action Plan for the Social Economy.

All of the above mentioned initiatives reveal the prominent role that the social economy has been playing in recent months and to which this event also intends to contribute.